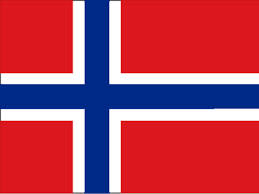 This is the worlds longest running stamp design and it is the subject of much research over the years. The SPS has always held a special regard for this stamp and one often finds small groups closeted in the corner discussing the finer details of plate reconstruction or flaws and colour varieties.

In years past fellow member John Thomlinson regularly produced a newsletter for those of us who were posthorn enthusiasts. This piece is taken from one such issue.

Attached is the second set of illustrations of the flaws found on NK42.

This time it covers those that occur in the oval band from just after the E in NORGE to the small 5.

As previously there are separate sets of illustrations for the flaws found only once, twice and more than twice.

Recently  I have spent some time sorting out my NK52s.  Whilst identifying the types of my plate IIIs I came across a type that I couldn’t identify! In fact I came across 2 copies one mint and one used.  The small figure from the used  one is shown below together with the type figures from the new Handbook (I have not shown types 1,3,6 or 7, as they have constant primary plate flaws none of which appeared on the 2 stamps).

Is it another extra type?

Whilst sorting out my stock of NK52 I came across this cancel on a plate IIc  stamp. A nice hole-cancel reading :

Wanting to know how scarce this cancel was I referred to the table that appeared with Newsletter 24 only to find that it was listed as OPPEGAARD—POSTEXP.  Having been provided with this table by AT, I consulted him to find that the listing is wrong as it should be JERNB ST.

So if you still have Newsletter 24 and the hole-cancel list please amend it.

NK22  and NK23 have both risen slightly due doubtless to their being covered by a new handbook.  In mint there is no particular trend, but the tendency is for MNH to increase and for hinged to fall.

It will be interesting to see what affect the present financial troubles will have on future pricing.

No new extratype.  Using my set of stencils, I found the only one that the figure fitted inside was type8.  Reference  to the new handbook solved the problem, in block B no4 the flaws are described as;

Deformation of M, little 5, and ØRE. 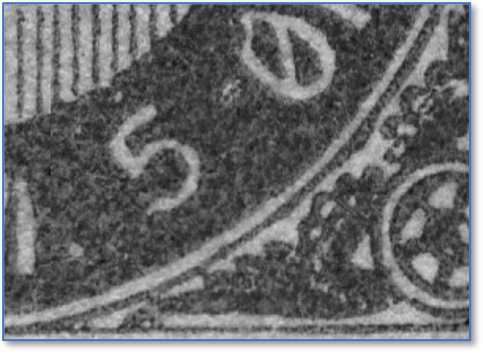 As you can see.