The meeting at Leicester was at a new venue – College Court – which is part of the University of Leicester Complex and it has a listed building status. It is a former hall of residence but now is used as a conference facility and available for private use.

Sadly, only four members attended, (Peter Rooke, Arthur Jenion, Pat Adams and Gwynne Harries) with apologies from three others. I have to say that members missed a wonderful meeting at a great location. However, we will use it again as those members present were very pleasantly surprised and pleased at the facility and what was available.

In order of appearance we saw:

New ‘far away places’. Commercial covers to …. from Greenland. 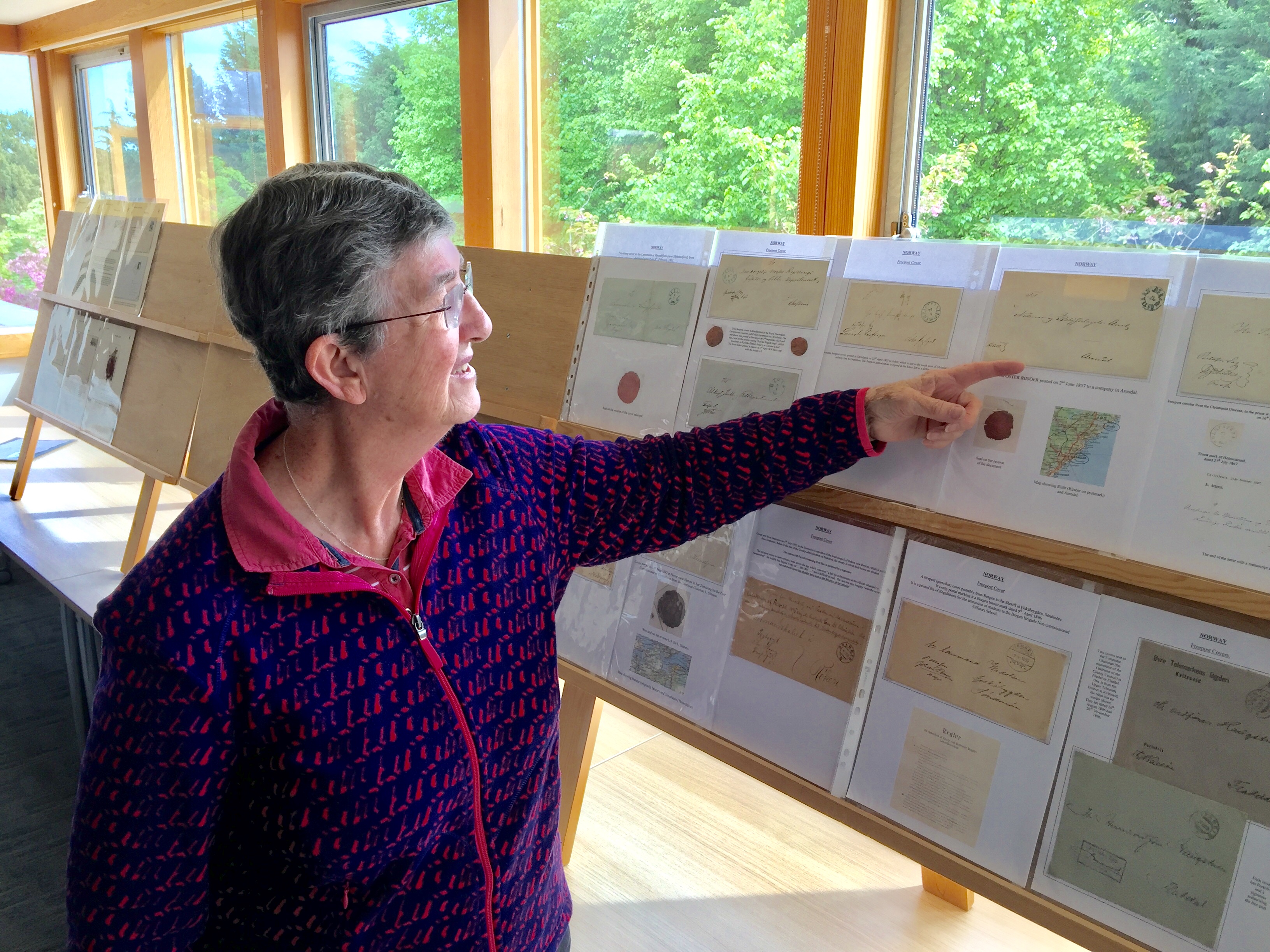 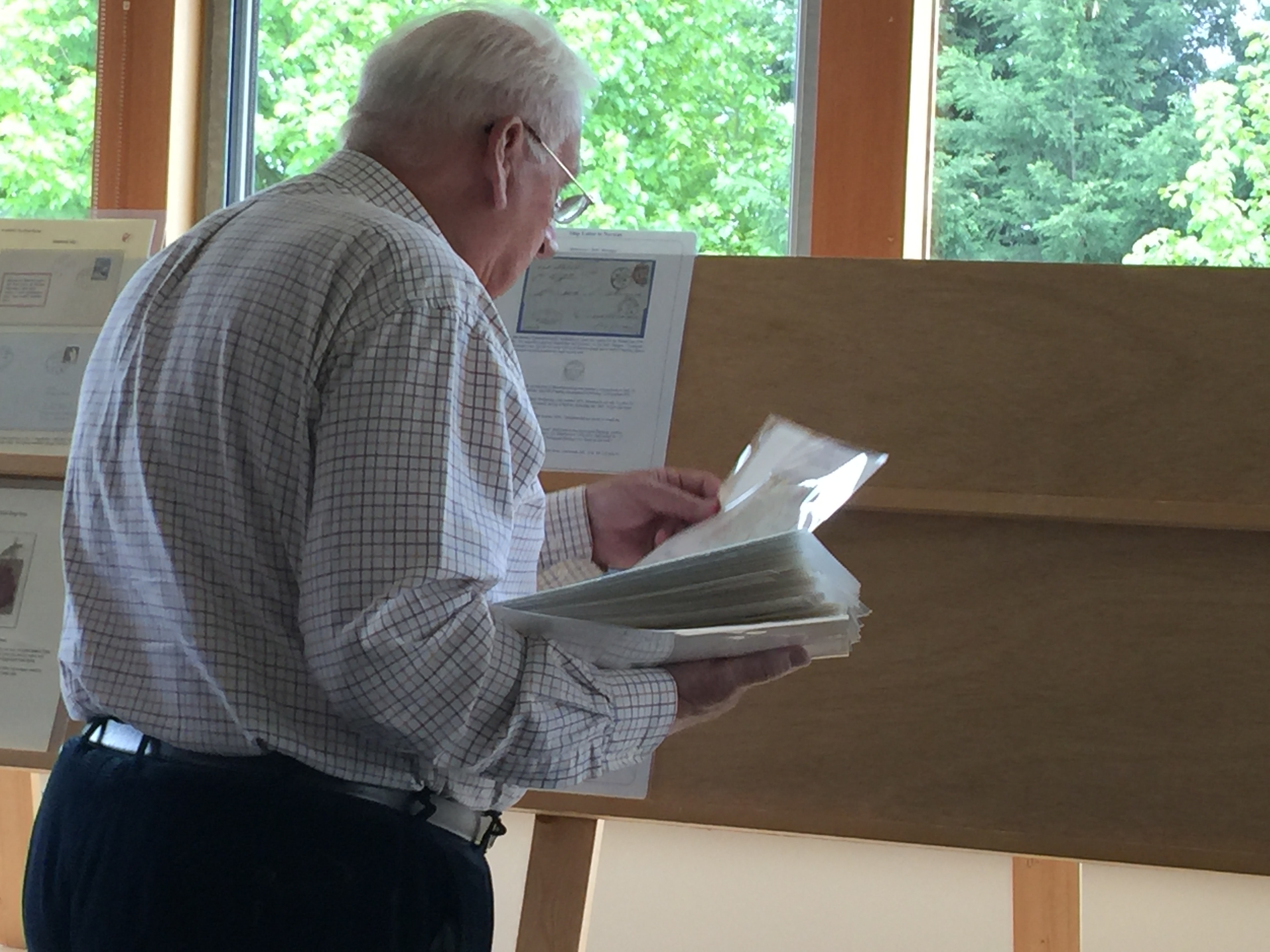 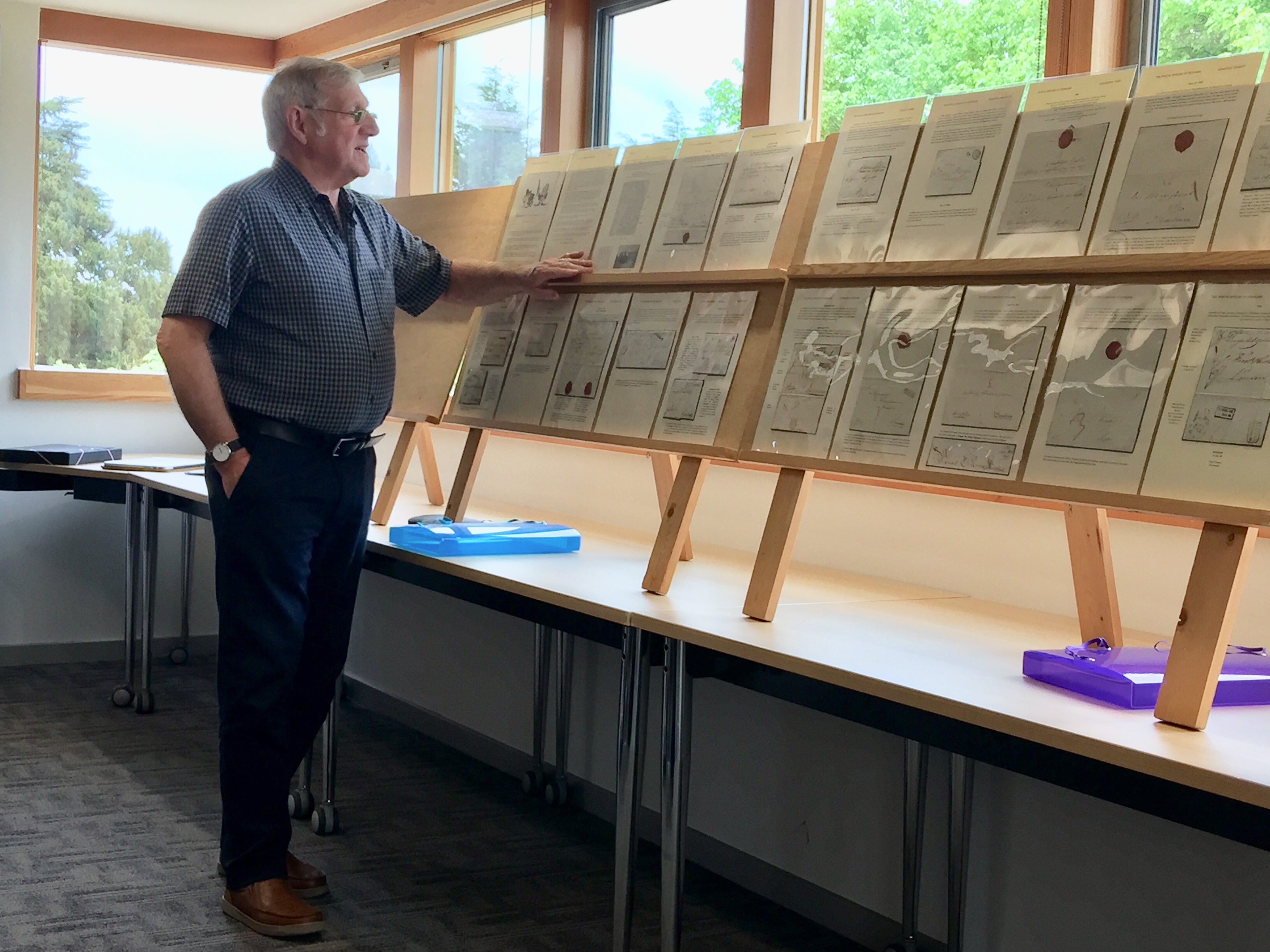 Postal History of Denmark. Earliest cover shown 1716 which is a witness statement for the court.

One cover is written in Danish, Latin and French. Letters carried by favour one shown taken to Leith. Seals on mail. Postmarks for Arsdale or Aarsdale. 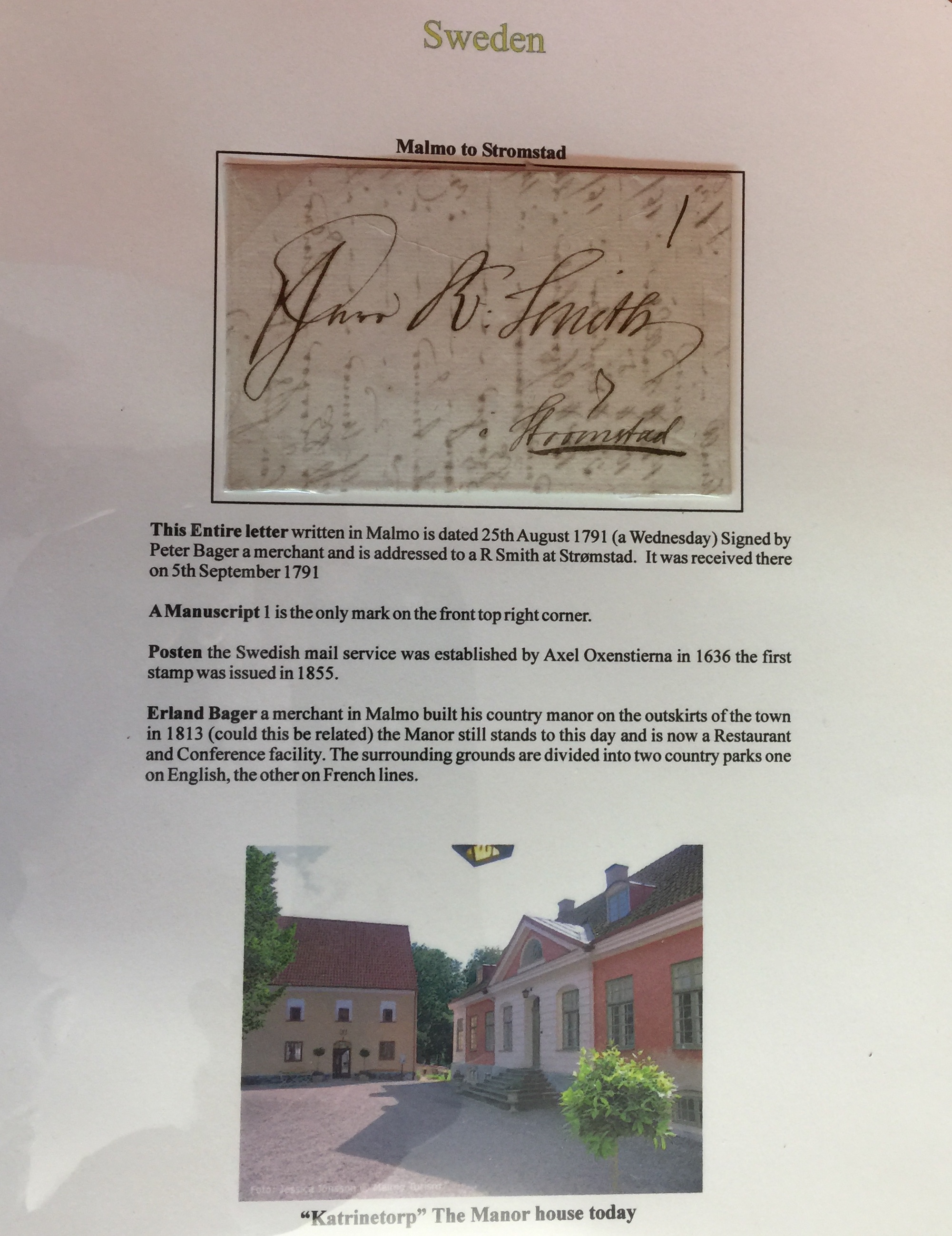 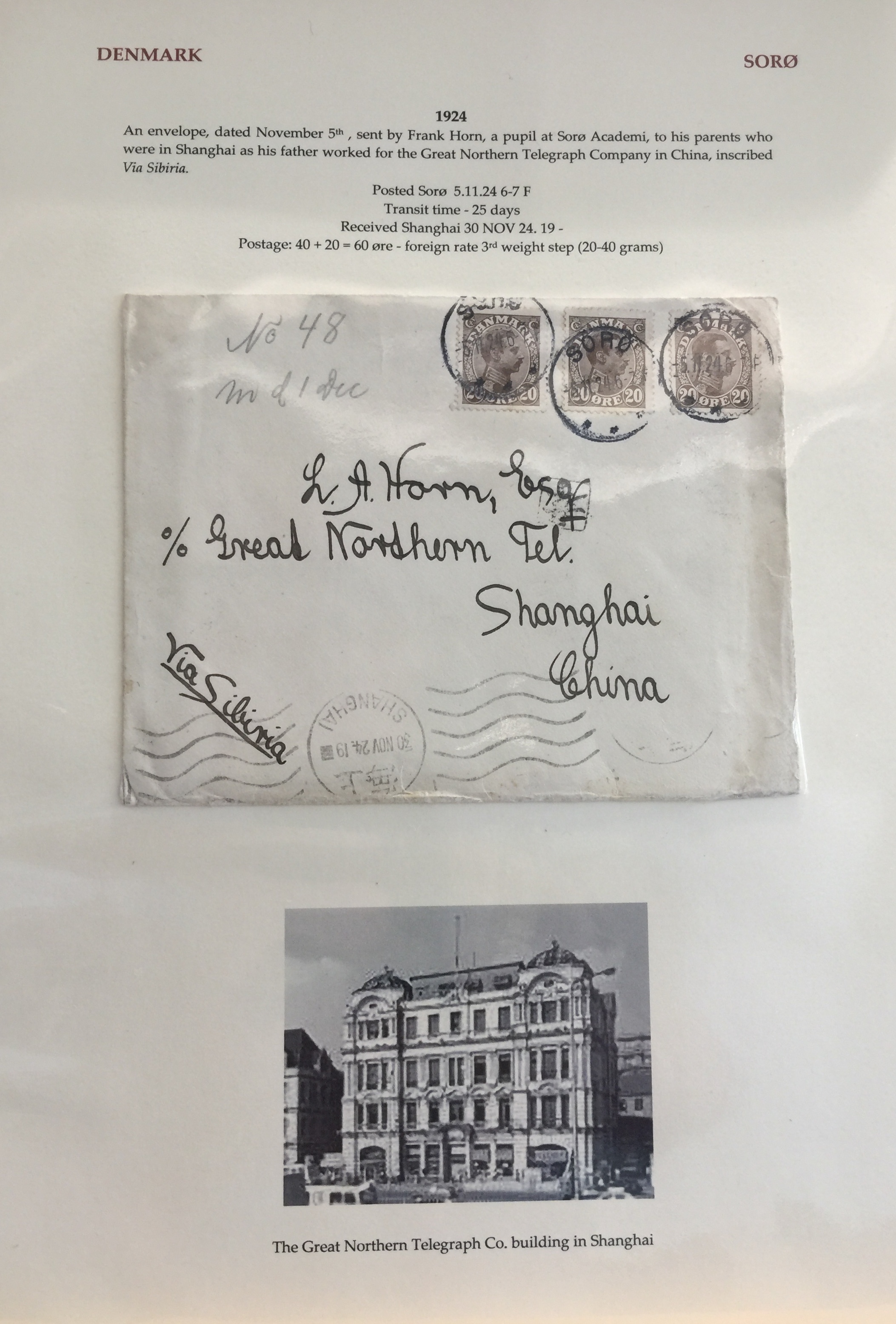