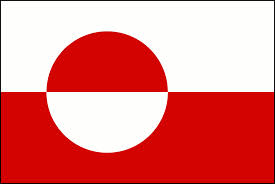 It is interesting that we so often use stamps as the unsung heroes of the ambassadorial world! An issue can slip past marking a notable event in history, which might otherwise have been generally forgotten. One such anniversary was remembered in September 2014 in Greenland. 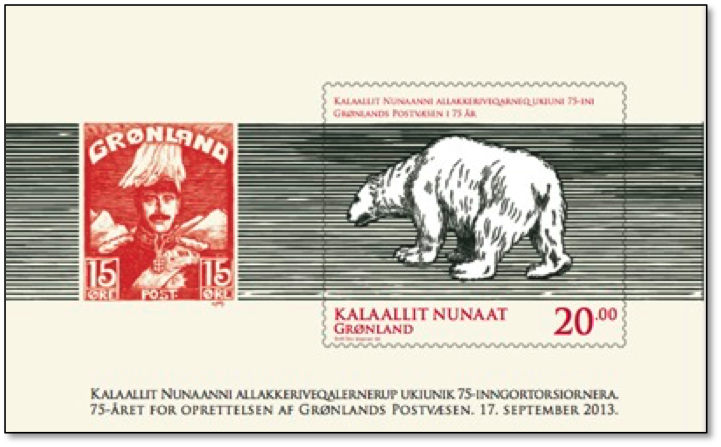 “From this provision it comes into force that the assessors of Greenland’s Governing post record that messages sent from Greenland to Denmark and abroad shall be stamped with Greenland stamps”.

With effect from December 1st 1938, The Greenland Post Office became a member of The Universal Postal Union and on the same day, the Postal Service’s sales office for stamp collectors, at Bernstorffgade 32, Copenhagen K, started selling the new Greenlandic stamps. 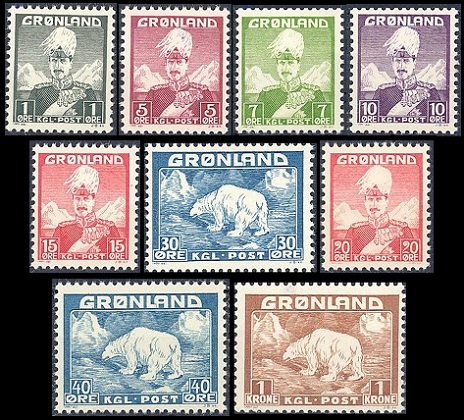 King Christian X in full-dress admiral’s uniform was portrayed against a background of icebergs (1 to 20øre) while a polar bear was shown on higher values (20øre to 1 krone).

The first stamp series of the Greenland Post Office were housed in a presentation folder, which was handed out during the UPU Congress in Buenos Aires on 23rd May 1939. The front of the folder showed a picture of King Christian X, greeting Greenland’s population during the first royal visit in 1921. The stamps were issued in denominations of 1, 5, 7, 10 and 15 ore bearing the image of Christian X and 0.30 kroner and 1.00 Danish krone featuring the design of a polar bear. These are the motifs of the sovereign and the polar bear, which have formed the basis for the stamps in whole sheets and souvenir sheets now created by Bertil Skov Jørgensen as a distinguished commemoration of the 75th anniversary of The Greenland Post Office.

The issue of these first Greenlandic stamps in 1938 has since been followed by over 500 stamps, each of which reflects the development of Greenland, its history, nature and culture, from Independence, culture in prehistoric times, right up to today’s modern Greenland.

Prior to 1938 there was little or no necessity for stamps since mail went to Denmark free of charge.

Stamps were produced at Thule, the cryolite mines of West Greenland, and a linocut air stamp was produced in 1932 by the Universal Film Co. while shooting S.O.S. Iceberg on location. 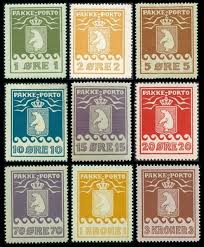 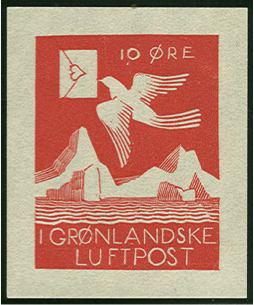 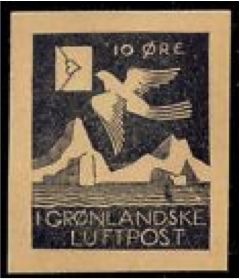 A semi-official airmail reprint, only 250 produced

For more information on the stamps and Postal History of Greenland why not join the SPS and enjoy the benefits that full membership brings.