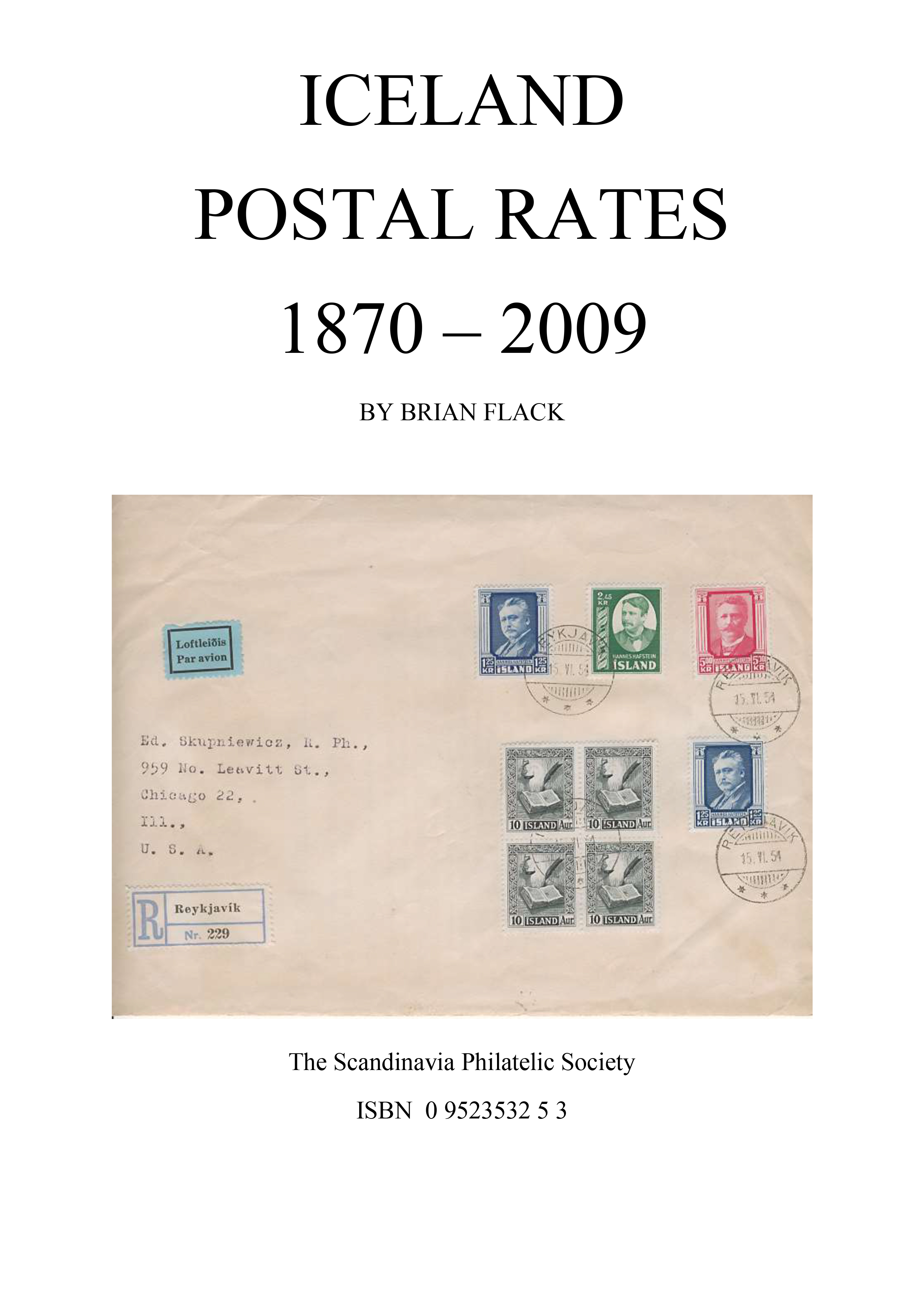 This completely revised and updated edition, published in November 2017, is now available through the Scandinavia Philatelic Society at a cost of £20 per copy plus P&P.

In the introduction the author says:

‘Since the publication of the original book in 2009, further research has unearthed data on additional post office services. In this second edition, these services are included as extra appendices. Due to the acquisition of a large volume of data relating to parcels sent abroad in the period following WW2, in this edition it has been necessary to restrict the coverage of the subject to the period up to WW2.
Also included are error corrections and various additional information gathered over the past eight years.’

The contents include:
Inland rates 1870-2009, Surface rates to Nordic Countries
1870-1992, Surface rates to all countries outside of Scandinavian 1875-1992, Airmail rates 1928-2009,
Early Pioneering Flights, Zeppelin Flights, The Local Post,
Parcel Rates to other countries up to WW2.